Despite their common name of Himalayan blue poppies, they are not all blue!

The Meconopsis Collection contains approximately 80% of the named perennial species and cultivars that are presently listed in the RHS Plant Finder, with the main display being in the Paddock. 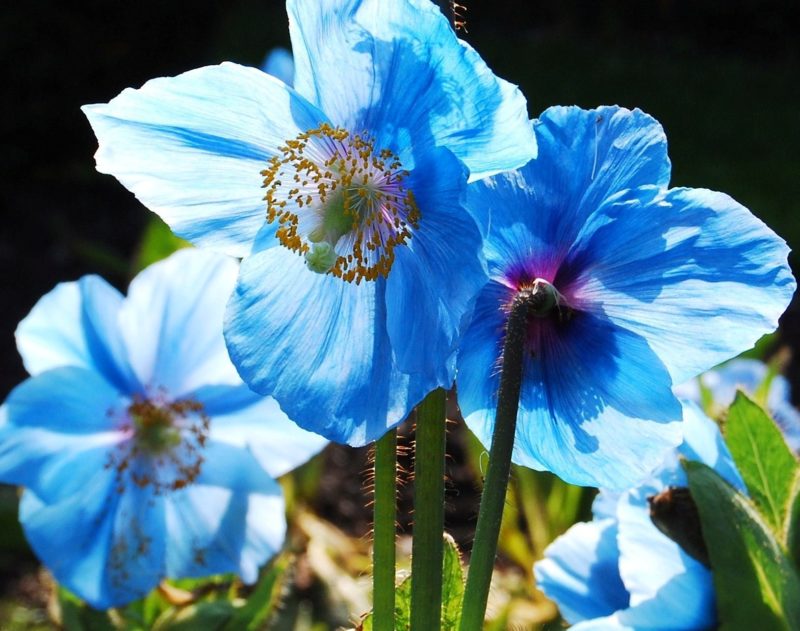 It is possible that Meconopsis first came to Holehird in 1914 when Reginald Farrer brought back seeds of Meconopsis quintuplinervia, also known as Farrer’s harebell poppy.  There is written evidence that Meconopsis betonicifolia, now re-named Meconopsis baileyi, grew in the Davidia border in the 1960s. Later, in the 1970s, other meconopsis species and cultivars were introduced.

In 2009 the Lakeland Horticultural Society was chosen to hold a demonstration bed of the same twenty-three species and cultivars of big blue poppies being trialled at Harlow Carr by the RHS.  The trial ended in 2013, but those plants, supplemented by others, became the basis of a National Collection of Meconopsis at Holehird.  The largest part of the Collection is displayed in trial beds in the paddock, arranged in groups to make it easy to see differences and similarities. Meconopsis may also be found growing in the Walled Garden, the Davidia Bed and the Rock Garden.

The best-known Meconopsis is M.'Lingholm', a fertile hybrid.  This is grown in large numbers at Holehird, with surplus seed being made available to visitors.  The plants do well in the Lakeland climate, given a carefully chosen site. Other species are also grown from seed, while some are propagated by division.

A leaflet  on Meconopsis at Holehird Gardens is available for sale in Visitor Information.